Our ARTISTIC DIRECTOR is STEPHEN BOYES. 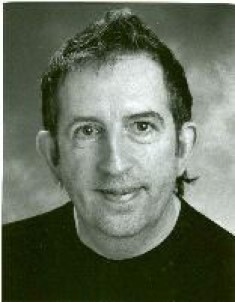 Stephen founded the company in the spring of 1980, and initially it was merely intended to present a few small-scale independent theatre productions, touring around Manchester playing various community venues. Long before this, Stephen had started a successful acting career.

Stephen grew up in Ormskirk, and his acting training was at The Drama Studio in London (Diploma with Distinction), and he also gained a teaching qualification at the University Of Manchester. His acting career has spanned theatre, television, film and radio.

He has appeared in over sixty productions at regional repertory theatres throughout the U.K., and among these are twenty main house productions at Manchester Contact Theatre, including, The Maniac in ACCIDENTAL DEATH OF AN ANARCHIST, and Feste in TWELFTH NIGHT; elsewhere, Stanley in FUNNY PECULIAR (at the Derby Playhouse); The Ballad Singer in THE THREEPENNY OPERA (at Chester Gateway); Arthur in TALENT (at Liverpool Everyman); Lucky in WAITING FOR GODOT (at Coventry Belgrade); Philly in PLAYBOY OF THE WESTERN WORLD (at Oldham Coliseum); Maxime in HOTEL PARADISO (at both Nottingham Playhouse and Sheffield Crucible); Starveling/Fairy in A MIDSUMMER NIGHT’S DREAM (at Manchester Royal Exchange and at the official Edinburgh Festival).
In 1982, Stephen was the winner of the first ‘Manchester Evening News’ theatre award for best supporting actor.

Stephen’s Television credits include: CORONATION STREET; THE COPS; HILLSBOROUGH; SORRY!; HOME JAMES; IN SUSPICIOUS CIRCUMSTANCES; CONTINENTAL DRIFT; the KRYPTON FACTOR serial; BRICK IS BEAUTIFUL; and most recently in Channel 4’s latest drama serial, NO ANGELS. He has also appeared in several commercials, including those for Wall’s Sausages and for the HALIFAX.

On Film, Stephen has appeared in EVERYTHING YOU WANT; THE SORCEROR’S APPRENTICE; THE FOOL (with Derek Jacobi);  THE PLUNGE directed by Nataly Lebouleux and, most recently, in the feature film MRS. PEPPERCORN'S MAGICAL READING ROOM which has just been released.

On Radio, Stephen has appeared in ENDS OF THE EARTH (with Dora Bryan); KALEIDOSCOPE; POTATO COUNTY.

Stephen’s Directing credits include over sixty productions for Manchester Actors Company including MACBETH; ROMEO AND JULIET; DANNY AND DENISE; DRACULA; CRIES FROM THE HEART; FROG BOY; A JUBILEE; THE MAIDS; OF MICE AND MEN; AN INSPECTOR CALLS; MUCH ADO ABOUT NOTHING.

Stephen also writes for Manchester Actors Company, and this includes two children’s plays (Jack Spratt and Beastly Creatures) which toured in 1992 for BBC Children-In-Need, and more recently the new plays for children, FROG BOY;  THE ENCHANTED TOYSHOP; THE PIRATE QUEEN.

In recent years, Stephen has also been an Acting Studies tutor on a B.A. Hons. course at the ARDEN SCHOOL OF THEATRE in Manchester

In a busy career, Stephen has filled those moments when he has been allowed to ‘rest’ by being a singing telegram; work on a pop video; a computer systems clerk; and hotel and factory work. Most of his ‘resting’ was done in his early days - MANACTCO has been extremely busy with shows for both Primary Schools and Secondary Schools over the past two decades, and Stephen hasn’t done much resting in all that time!
﻿

WHY NOT BOOK NOW?!

about each of these projects.